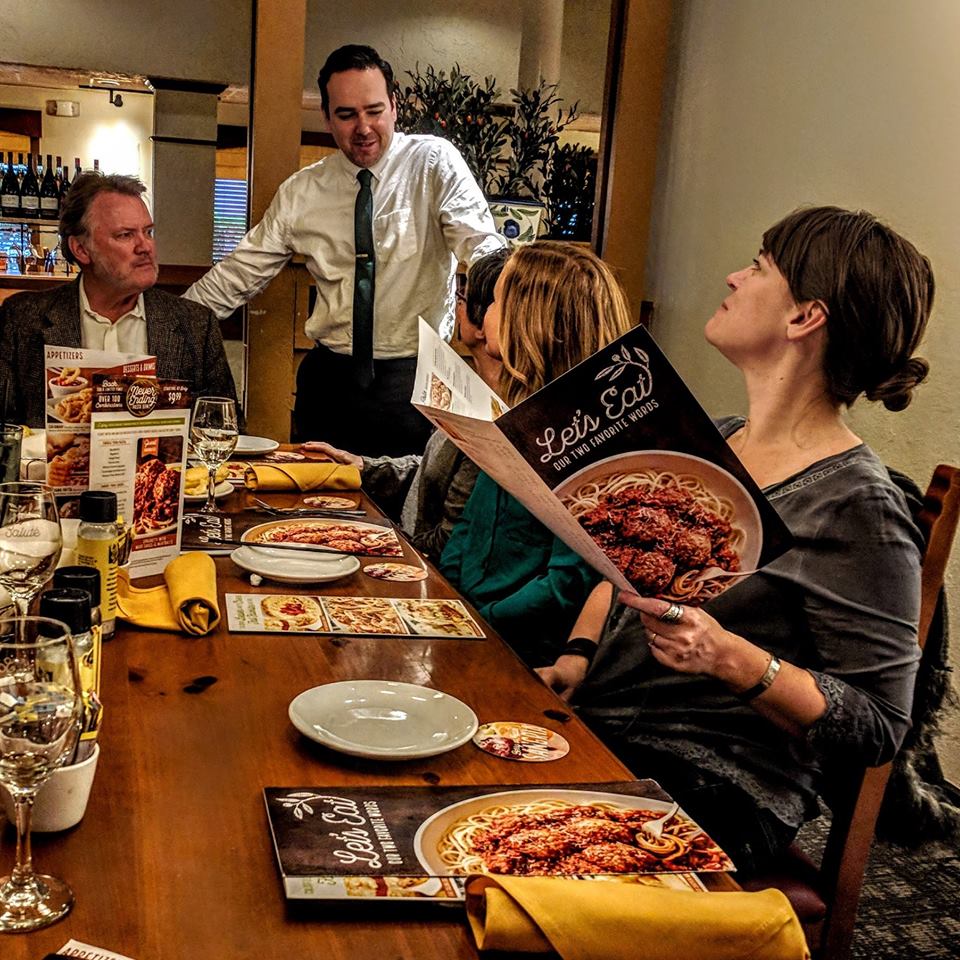 Some of the best pieces of media are those that use specific situations to tell universal truths. Through these stories, you not only see part of yourself in the character, but see your world in the one in which these character’s live. Samuel D. Hunter has created one such world through his latest play, in the small, failing, titular town of Pocatello. Through the struggles of our our sensitive main character to keep his restaurant afloat in a town falling apart at the seams, Hunter gives us a look at the struggles we all face in the crumbling world, and how a little concern and consideration can make life better for everyone.

Throughout the runtime of “Pocatello”, we’re introduced to just under a dozen characters, and in the wrong hands this could become a mess. Indeed, lesser writes have attempted huge casts and failed miserably. Luckily, Hunter is skilled enough writer to balance these characters, and most of them get real moments to shine, no matter how short. We’re reminded just how bad this could go as the play begins, where all of the character’s share the stage and overlapping dialog is constant, but as suddenly as it begins, Hunter slowly zooms in on his characters, taking us from the broad world into the microcosm of Pocatello, and into the lives of these broken characters. True credit should be given to director Benjamin Summers for making this balance work on stage, especially as the audience has been seated at every angle of the action, meaning that the emotional arc of each character much be evidence from four different directions. It helps that the cast is all game, leaving their hearts on the stage as they take their final bows.

Samuel Hunter seems to enjoy exploring how those with sensitivity struggle is the harshness of the modern world. Eddie, the play’s protagonist, is one such sensitive soul, the manager of an Olive Garden in the small town of Pocatello, a reserved, gay man, struggling to make ends meet in this small, conservative town. Estranged from his mother and bother, and still suffering after the death of his father, Eddie lives in a state of extreme loneliness, trying had to make friends wherever he can, and failing at nearly every turn. Be this as it may, the play never makes the character feel too pathetic, thanks in large part to the nuanced performance of Carlo Lorenzo Garcia. Though the sadness and loneliness of the character is always evident from Garcia’s face, there’s often a brightness to his affect or voice that endears him to the audience. Between Hunter’s clever writing and Garcia’s emotive performance, Eddie becomes a kind of Greek hero, working his way through back-breaking feats to reach his goal, which is, in this case, finding some solace or understanding in another human being.

When Amber Quick’s Tammy first appears, swilling wine and berating her daughter, you can be forgiven for thinking you’ve seen this character before. The rude, overbearing, and sarcastic woman has so many traits you’d find in every “bad mom” character in so many forms of media, but as the play goes on, you find that, like so many of the play’s characters, she’s another person who’s been broken by this dying city. One of the first signs of this comes in a heart-wrenching scene early in the play, when, as a fight is going on in the background, we see Tammy falling apart before our eyes, as her fierce facade melts into a canvas of silent weeping. Without a word, Quick is able to tell us everything we need to know, as every pain of the last few decades flashes across of her sullen eyes, and tears stream down her face. It’s a powerful moment, and Quick carries it with indelible aplomb. After that moment, her harsh outbreaks take on a new light, not the rudeness of privilege, but as the lashing out of a wounded cat, the biting of a beast so worn down by the world around her that the only response she has is to hit back with all she has left. Quick’s ability to subtlety capture this internal struggle is a true testament to her skill, and one of the piece’s true highlights.

“Pocatello” is not an easy watch. Hunter has created a broken town full of broken people, where each of the nearly dozen characters has in some way been damaged by their lives in the town. It’s also a reminder how, even in a world falling apart around us (which will feel very familiar to those living in 2017), a little bit of consideration and kindness can make a difference in a person’s life. Street Corner Arts has once again created one of the most emotional productions of the year, and also one of its best, giving us an image of the struggle of living in the world today, through the specific story of one city, one man, and one failing Olive Garden.