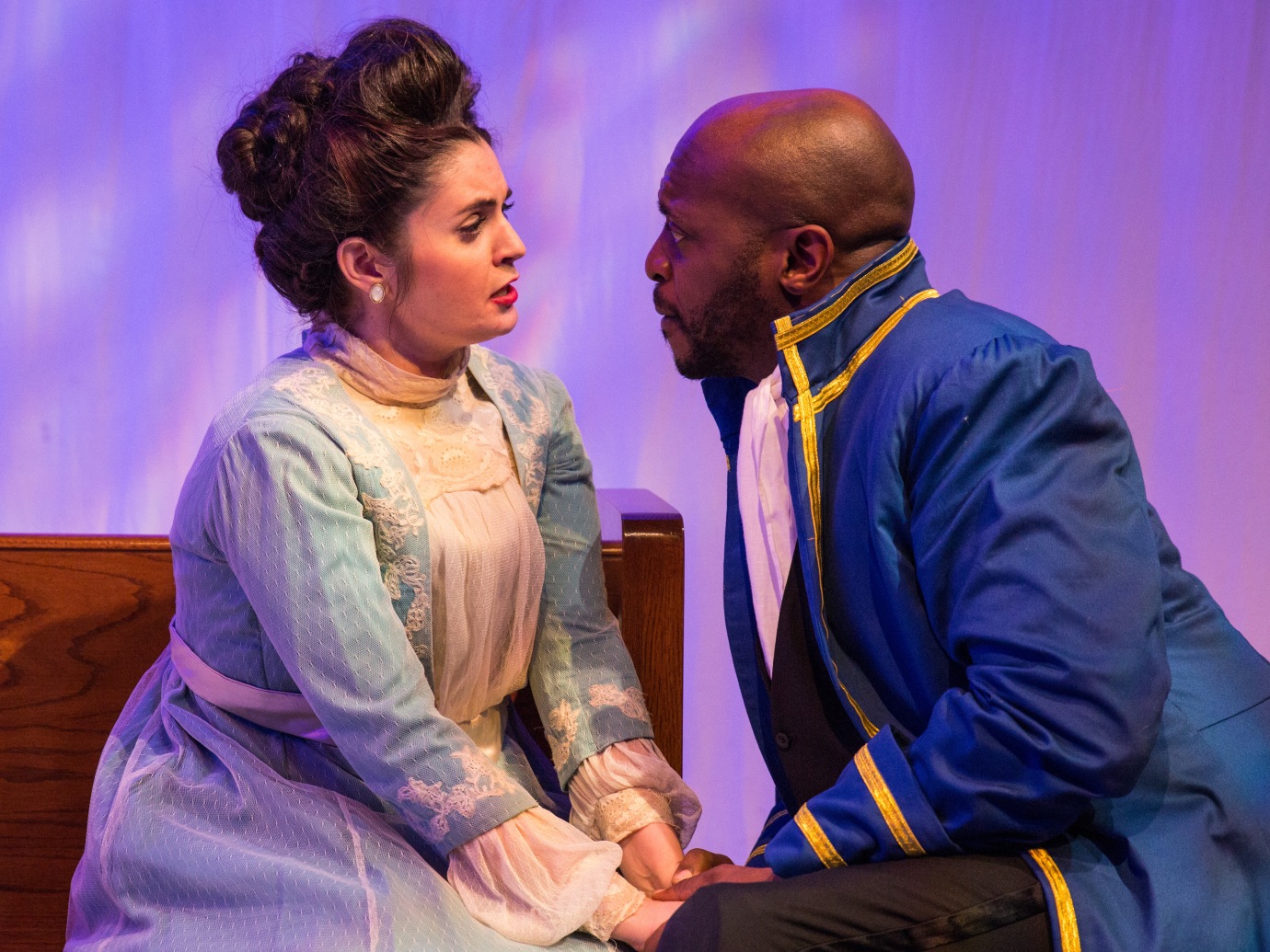 There are few artists that get as much space on stages in Austin, and around the world, as William Shakespeare, and as such, it can be difficult to determine which of these productions is worth your time. When it comes to Austin Shakespeare productions, it’s an easy choice, however, as they’re sure to bring an knowledgeable and clever take to any adaptation of the bard, and also fill the cast with the some of the most talented folks in the city. They’ve pulled out all the stops with their production of Much Ado About Nothing bringing in recent Austin Chronicle award-winner Marc Pouhe, and the ever-impressive Gwendolyn Kelso, as well as a talented supporting cast, to this Bossa Nova-soaked interpretation of Shakespeare’s greatest comedy.

Due warning must be given here, Much Ado About Nothing can be a deceptively complex play. Despite all the lightness and humor that permeates the work, the plot is a tangle of hidden identities, double crosses, and harmful secrets, and if you miss the wrong line of dialog, the entire play could become a confusing mess. As with most Shakespeare, it’s a good idea to come with some idea of the basic plot outline, which will then let you enjoy the performances and the interpretation all the more, however,  between the brisk direction and fine acting on display in this production, you should have very few issues keeping up with the action.

With every performance he gives, Marc Pouhe shows off another dimension to his talent. Building upon the leading man charisma that has made him such a popular figure in the Austin theatre scene, he proves he’s not afraid to make a fool of himself here, as he takes on the sharp, and sharp-tongue Benedick. Whether he’s trading barbs with Gwendolyn Kelso’s Beatrice, or showing off his skills at slapstick, he’s sure to have the audience in the aisles. Throughout the play, he shows that keeping the audience entertained is paramount, and the play is better for it. This is never more evident than in one scene, near the middle of the play, when he pulls off a physical comedy sequence that spans nearly the entirety of the theatre, from the back of the audience to behind the scenery, interacting with audience members along the way, leaving them all crying with laughter by scene’s end. It’s obvious we have somehow still not seen the limits of Pouhe’s talent, and I’m doubtful we ever will.

Pouhe is met in nearly equal measure by the effortlessly charming Gwendolyn Kelso, who spits out biting wit with the best of them as Beatrice, one of Shakespeare’s most delightful characters. Much like Benedick, Beatrice is a character who is more than she seems at first blush, using her sarcasm and cynicism as a guard of her inner pain, and the way Kelso is able to communicate this with just a gesture or expression is really quite remarkable. Her affect is so delightful, that during certain sequences I would find myself paying more attention to her facial expressions and reactions than major pieces of action or dialogue going on elsewhere on stage. In other hands it could fall to mugging, but Kelso knows the exact line to ride when it comes to keeping the audience entertained while never feeling disconnected from the action of the play.

Two more kudos must go out to Toby Minor and Susan Myburgh, who play the two bumbling officers who bring the play to its climax. One part Keystone Cops and one part Laurel and Hardy, the two bring some of the biggest laughs in the piece, selling even the corniest of Shakespeare’s jokes. Myburgh is quite a find, showing a real talent for clowning, her bright eyes and a huge smile creating an upbeat atmosphere that’s infectious. One can only hope that she graces more Austin stages in the near future, as even with her small role here, she’s shown a rare talent.  As Dogberry, Minor has weaponized his excellent stage present, grabbing the audience’s attention and holding it fast, as he creates moments of pure pleasure that leave the audience in stitches.

Research from over the last several years has recently shown that Much Ado About Nothing is one of the most performed plays in Austin, so one can be forgiven for being hesitant to pick up a ticket to such a well-worn play, but by bringing in an ace cast, and underscoring the whole thing with the ambiance of the Grand Epoch and the energy of the Bossa Nova, Austin Shakespeare has proven that there’s still a lot of life left in this classic. Director Ann Ciccolella and her crew keep the action light and brisk, helping the audience to navigate through some of the more convoluted, confusing portions of the text, serving up an enticing slice of comedy goodness.