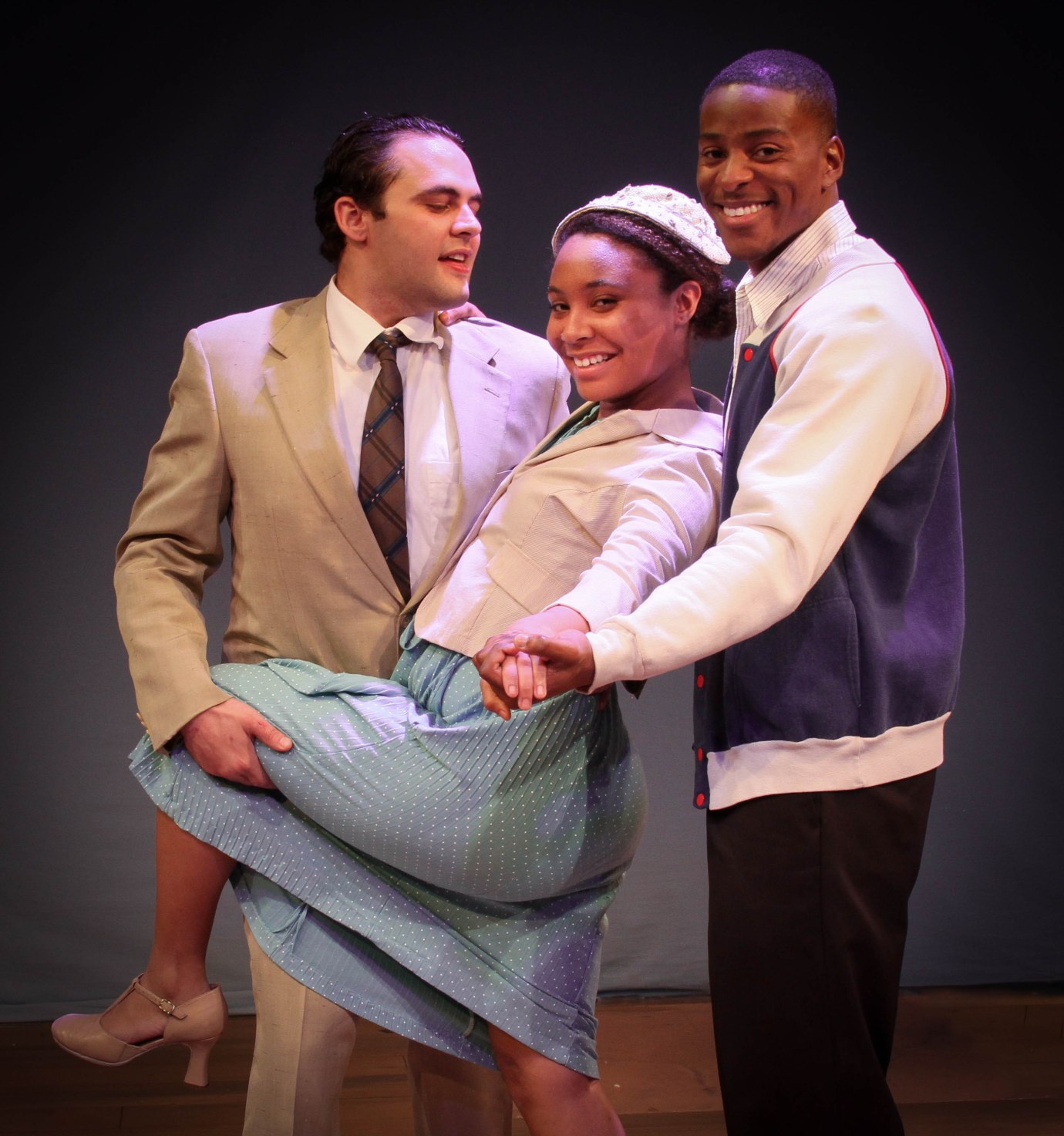 The best plays are crystallization of a time and place, a solidified image of a moment in time, showing us all the sides, textures, and rough edges of the world in the era With their latest production, “Satchel Paige and the Kansas City Swing”, Austin Playhouse takes us to the days of Jackie Robinson, when African Americans first started being accepted into the Major Leagues, but the races were still far from equal. They do this by showing us the plight of a handful of African American players, not least of which is Satchel Paige, who would go on to be one of the first prominent black pitchers in Major League Baseball.

As the play begins, we meet our hero, acclaimed pitcher Satchel Paige, who is training with a group of talented young African American players, as well as two star players from the Major Leagues. The group has come together to play a benefit game, which is unfortunately called off due to rain. The group reconvenes at Mrs. Hopkin’s boarding house, where they discuss the league at the time, while the youngest of them try to win the favor of Hopkin’s daughter, Moira. The push and pull between our two youngest characters, and the woman at the center of their affections, makes up most of the dramatic tension of the piece, with its triangle eventually leading to tragic results. We also follow the relationship with Satchel and his past, his attempts to join the Major League, and, through him, the we see the plight of even the best black players during the early days of the 40s.

While many historical plays can be dour, somber affairs, “Satchel Paige and the Kansas City Swing” bursts with a rare joy. There’s a jovial sense of camaraderie between the characters, and even those with animosity between them still keep it to a playful rivalry for most of the play. It also helps that the play is so imbued with the music of the era, with Jazz and Bebop playing a major role during several scenes. Indeed, one of the best sequences in the play involves a dance sequence the features a series of jazz tunes, where we find all of our characters, black and white, coming together to shake a tail feather and let loose.

There’s a lot of weight put on the shoulders of Marc Pouhe as Satchel Paige, but luckily he’s affable enough to carry it all. Pouhe brings all his warmth and charm to bear here as the forthright and arrogant Paige, boasting with the best of them while still showing a real affection for those around him. His chemistry with Carla Nickerson has not died down since their performances last year’s fantastic production of “The Mountaintop”, and the two play off each brilliantly throughout. There’s plenty of back and forth battle, both playful and combative, and the two handle this emotional combat with warmth and humor. We also see a fast and firm connection between Pouhe and Robert King Jr. as Buck O’Neill, the first black baseball scout in the history of the Major League. King may be cast a bit young for the character, but he makes up for it with a professionalism and stolidness that one can’t help but respect.

As previously mentioned, the love triangle at the center of the piece makes up most of the action of the play, so it falls to the beautiful young Deja Morgan to step up to the plate. Though young, she exudes a presence well beyond her years, providing a sassiness and coquettishness to her character. One never wonders why she would have so many men fighting over her, as the light she emanates is incredibly enthralling. If this performance is any indication, she’s an actress to keep one’s eyes on.

Here in the heart of Black History Month, it’s a very important time to remember those trailblazers who changed their industries, and Satchel Paige was a very influential figure in turning the tide for African Americans in baseball. Austin Playhouse’s production of “Satchel Paige and the Kansas City Swing” is a fun, but informative look at the era, with a handful of polished performances from performers both old and new.