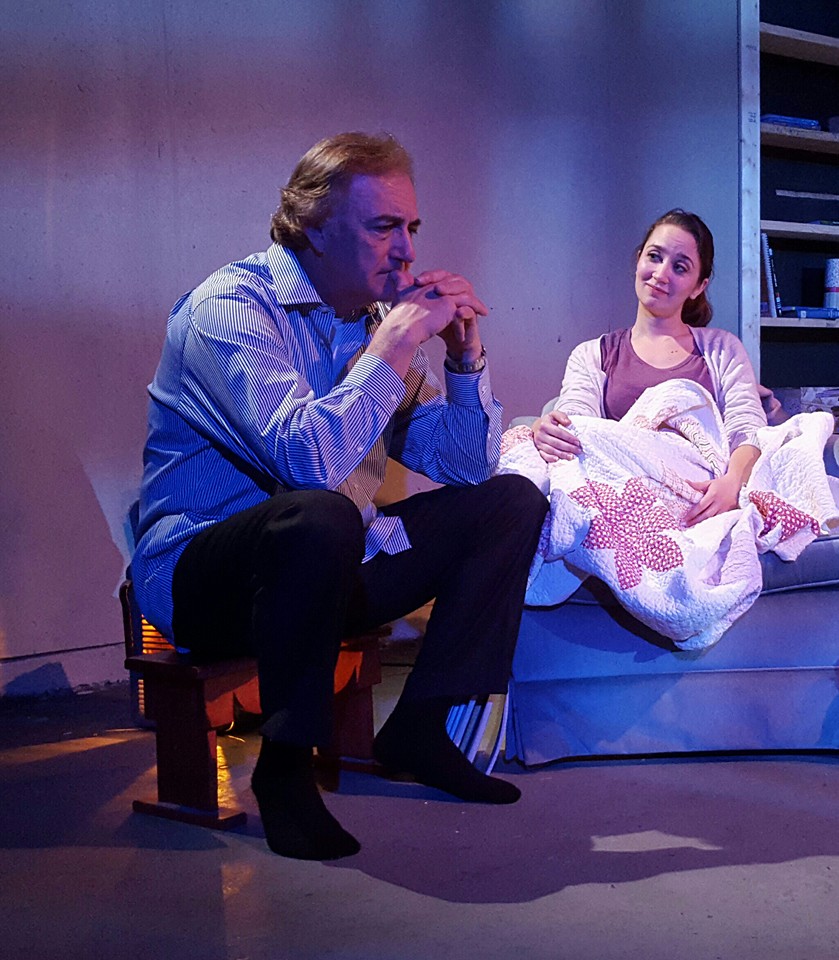 ‘Skylight’ is an authentic, emotionally raw look at modern relationships

David Hare’s “Skylight” has had its profile raised recently, thanks to an award-winning production on the West End starring Carey Mulligan and Billy Nighy, and the scene is better for it. The wordy, political, and authentic piece tells the story of two former lovers reuniting after a terrible event, and the truths and histories that are dug up in the process. It’s a refreshingly honest look at modern relationships, which was wildly ahead of its time when it was written in 1995. Street Corner Arts has given the piece a riveting production, full of raw, palpable emotion and realistic relationships, with a pair of very charismatic leads.

There’s something almost voyeuristic about “Skylight”. David Hare has created dialog and interactions that feel so real to life, that the audience feels like they’re peeking into the life of two ordinary people. It helps in no small part that the actors here are at the top of their game, giving life to these character with earnestness and charm. There’s rarely a false note in the piece, even though the actors’ British accents at can slip at times.

Joe Penrod is one of the unsung heroes of Austin theatre. Perhaps most well-known for playing character and supporting roles in several productions, here he takes center stage. In the wrong hands, the character of Tom would become difficult to take, but luckily Penrod brings his undeniable charisma to the role. He creates a quick chemistry with Claire Grasso’s Kyra, finding a comfort, while at the same time showing a slight animosity. His movement and posture evidence his statue and standing, while at the same time, show the history between the couple, and his baritone British demands our attention. He projects authority, while still allowing us to sympathize, a difficult balance that he pulls off flawlessly.

“Skylight” is a bit of a marathon for its lead actress, as she never truly leaves the stage throughout, so it’s to the Grasso’s credit that she carries the role with such aplomb. There’s a finesse and naturalism to her performance, a sunny warmth that shines through even as she’s shouting or crying. She’s the girl next door, and the writer was smart enough to write in moments of weakness, cracks in her veneer, so that we can see her as a well-rounded human being. There are moments where we wonder if she, and indeed Tom, are not just a mouthpiece for the author’s political ideals, but these actors are careful to ground the characters so clearly to the real world that these play off more as personal manipulations than political rants.

A well-realized two-hander, “Skylight” is an engaging mixture of love and politics, which, despite its two and a half hour run time, flows naturally and smoothly. Its leads play off each other in perfect step, with each bringing out the best in the other. It’s a play that depends on its dialog more than its action, but with a piece this well-written, featuring performers of this caliber, dialog is really all one needs.

Ryan E. Johnson is a theatre and film critic, who has written for Examiner.com, Austin.com, and Austin Lifestyle Magazine. View all posts by Ryan E. Johnson